‘The Season of the Spirit’ at Culpeper Community Tree Lighting

Chinese President Xi Jinping visits the venue for the 17th Group of 20 (G20) summit in Bali, Indonesia, November 15, 2022. Xi delivered a speech titled ‘Working together to meet the challenges of our times and build a better future at the summit. The G20 summit kicked off here on Tuesday. Photo: Xinhua

Chinese President Xi Jinping stressed the importance of unity among the international community during his speech at the G20 summit on Tuesday, saying the world should promote more inclusive, universally beneficial and resilient global development.

Observers said the Chinese leader’s speech offers a guide for the world to overcome global challenges, including food and energy crises, as many countries around the world are under threat from hegemony, unilateralism and confrontation of blocks.

The G20 summit kicked off Tuesday morning on the Indonesian resort island of Bali. After arriving at the main venue of the summit, hosted by Indonesian President Joko Widodo, world leaders began the first working session, focusing on global food and energy security, as part of Indonesia’s plan for the summit to focus on the global economic recovery. in the midst of a multitude of challenges.

As the United States faces escalating partisan struggles and domestic polarization and continues to seek hegemony abroad, the EU is badly damaged due to the Ukraine crisis and other issues. Thus, China, a major power with credible strength and global influence, is leading the world out of the current crises, and Xi’s speech offers China’s answers to questions shared by the world, noted experts. 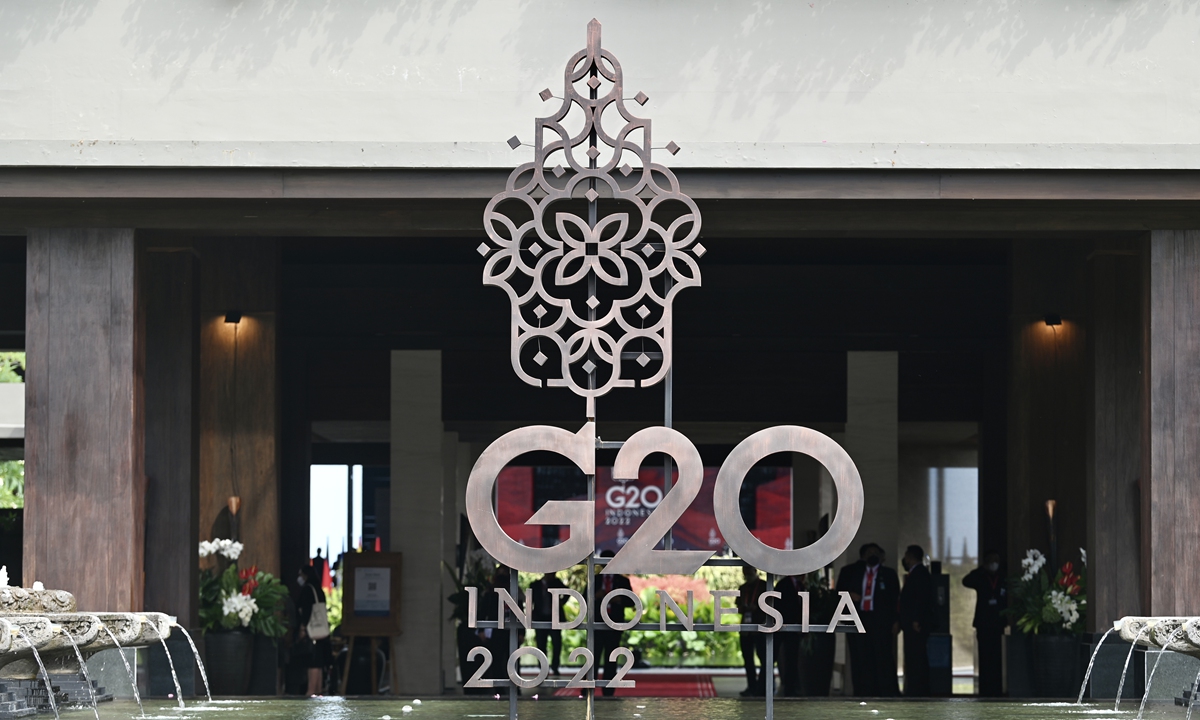 In his speech, Xi said, “We meet at a time of momentous changes not seen in a century, changes that are consequential to the world, to our times and to history. The global economy is weakening. The geopolitical environment remains tense. Global governance is seriously flawed. The food and energy crises follow one another.

Xi said all countries should replace division with unity, confrontation with cooperation and exclusion with inclusiveness. All countries must come together to answer the question of our times – “What is wrong with this world, what should we do about it” – in order to overcome the difficulties and together create a better future, Xi noted.

Analysts have named the United States and some of its close supporters, saying its military expansion has led to bloc confrontation and conflict in Europe, hurting Russia, Ukraine and the EU from the crisis. The US-led bloc launched unilateral sanctions that further damaged the supply chain, forced more countries to follow suit and formed cliques to contain the development of its competitors, especially China.

All of this undermines the unity of the international community.

Highlighting the tension between the great powers, many journalists covering the G20 summit in Bali focused on whether world leaders will reach a statement or even pose for a group photo.

Despite the tension, many world leaders also called for global cooperation and affirmed their opposition to geopolitical conflicts at the summit.

Xi called for making global development more inclusive, resilient and beneficial to all.

During Tuesday morning’s working session, Indonesian President Widodo told world leaders that “we should not divide the world into parts. We must not let the world descend into another cold war,” according to Bloomberg.

Other world leaders have also warned of the disastrous consequences of division and protectionism for the global economy. Kristalina Georgieva, managing director of the IMF, said protectionism must not be allowed because it leads the world to drift into separate blocs. She warned that a divided world would lose at least 1.5% of GDP per year, Bloomberg reported on Tuesday.

The Chinese president’s call for unity and inclusive global development has also been welcomed by global experts.

Selcuk Colakoglu, director of the Ankara-based Turkish Center for Asia-Pacific Studies, which also attended some G20 sessions, said China had played a very responsible role in preventing a major rift in the economy world since the beginning of the pandemic and as the first trading country, China plays a very important role in global supply chains.

Cooperation rather than division

In his address to the G20, Xi said food and energy security is the most pressing challenge for global development. The root cause of the ongoing crises is not production or demand, but interrupted supply chains and international cooperation.

Xi said we must resolutely oppose the attempt to politicize food and energy issues or use them as tools and weapons, adding that unilateral sanctions must be lifted and restrictions on relevant science and technology cooperation must be lifted. be lifted.

Wang Yiwei, director of the Institute of International Affairs at Renmin University of China, told the Global Times that international cooperation at this time requires solidarity and true multilateralism. The United States has claimed it embraces multilateralism, but its “rules-based order” challenges the international order with the UN at its center, its long-armed sanctions and jurisdictions, and the approaches of “decoupling” to reduce interdependence with China. , are all opposed to true multilateralism.

More and more countries around the world, such as Saudi Arabia, Brazil, Germany, France, Argentina, India and Turkey, shared similar sentiments that the United States try to dominate the world order but have failed to deliver benefits to everyone, only creating problems. and the transfer of pressures to other countries. That’s why they’re all considering not following Washington too closely, some have even started to say no to the United States, experts say.

If the international community cannot compel the United States to correct its mistakes, then countries have the right to decide their own destiny and join together to fix damaged supply and industrial chains in order to deal with crises together and achieve common development. , analysts said.

In one year, more than 60 countries have joined the Group of Friends of the GDI. China has established the Global Fund for South-South Development and Cooperation and will increase funding for the China-UN Peace and Development Fund, Xi said.

Regarding food and energy crisis management, Xi said, “This year, China has proposed, together with six partners including Indonesia and Serbia, the International Cooperation Initiative on Industrial and Supply Chains. resilient and stable, joined other countries in calling for the establishment of the Global Partnership for Clean Energy Cooperation and presented the International Cooperation Initiative on Global Food Security within the G20 We look forward to deepening cooperation with all parties in these areas.

A Chinese analyst said that China, as a major power with strength, ability and influence, is working with other countries to solve common problems, and more and more countries have been motivated and convinced to join in cooperation to build a community with a shared future for mankind together, and in the future, this kind of cooperation will be further increased and globalization will be reformed and improved through the efforts of China and its partners.

Birds flew over VetRest’s Bybee Lakes Victory Garden on October 15, 2022, and tomatoes were …